Interview with “Diva of the Drums” Bernice “Boom Boom” Brooks 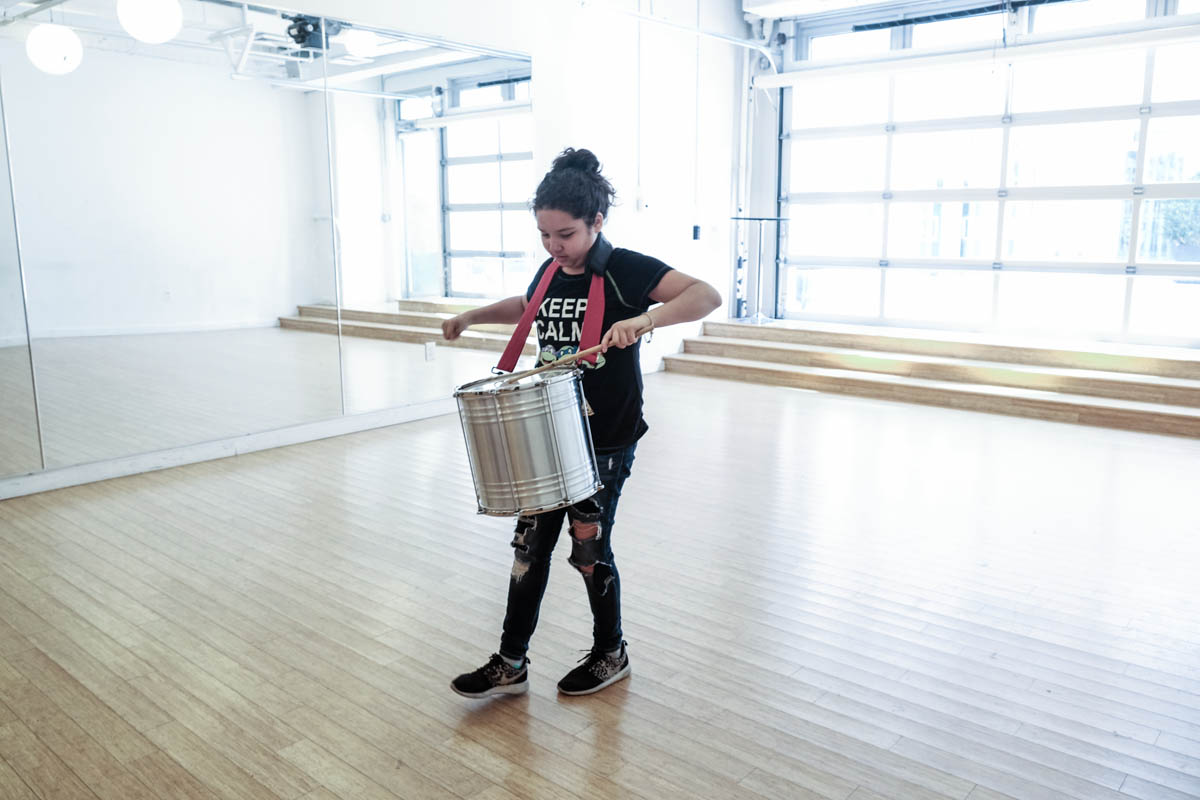 This episode of our WGRL podcast series focuses on Diva of the Drums, Bernice “Boom Boom” Brooks.

Bernice has performed and shared the stage with Tito Puente, Gregory Hines, Patti Labelle, and many Jazz and R&B greats. One of the most versatile drummers playing today, Bernice is an accomplished instructor and musician who brings passion, creativity and inspiration to drumming. Bernice joined us this summer at the Girls Club to lead our “Seriously Noisy” Drum Corps for a guest class and to introduce girls to the intoxicating rhythms of the Bateria drum corps of Brazil.

Brazil’s culture is vibrant and alive with music, a melting pot of African, Indigenous and European sounds that have blended together to create such spectacular musical styles such as samba, bossanova, forro and more recently funk carioca (baile funk). The music featured in this podcast, which is the style our drummers are working on, is Samba Reggae.

Samba Reggae developed out of the black pride movement in the North of Brazil in the seventies to fight the prejudice that existed within the communities that pervaded Carnival as well. Until 1975 no black groups were permitted to march in Carnival, although the population of Bahia is the largest concentration of African descendants outside the continent of Africa itself! The musical style is a mix of African influences, samba from Rio and reggae influences.

Ile Aiye – the first black bloco to march in Carnival.

Musical groups or blocos were built around not just performing this new style of music, but in developing and strengthening the communities in which they lived in – improving and empowering Black Brazilians. To this day, a bloco in Bahia plays an important role in the community with many blocos sponsoring schools, food and social justice programs.

Recently, Bahia has seen the appearance of many all female drum groups. Didá, whose name is Yoruban for “power of creation”,  was one of the first and is composed of 30 or so young ladies from the poorer areas of Salvador do Bahia. Check out our Brazilian sisters below!

We hope this podcast has inspired you to get to know more about our Girls Club Drum Corps,  Seriously Noisy, Brazilian music and the amazing Boom Boom Brooks.

The Seriously Noisy Drum Core will be playing at Honk Fest in New York City’s Tompkins Square Park on October 17, 2015. Hope to see you at a show soon!